Steven Gorcey is a Gastroenterologist who currently practices at Monmouth Digestive Health. Gorcey is also affiliated with Advanced Endoscopy. 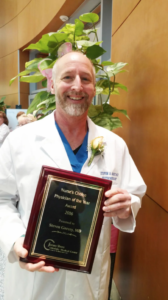 Gastroenterology Specialist, Steven Gorcey proudly represents Monmouth Digestive Health.  In fact, he is known for being one of the founding partners of Monmouth Gastroenterology.  Gorcey is also currently affiliated with Advanced Endoscopy, which is also located in the Monmouth area.  There, he performs numerous Endoscopies and Colonoscopies.

By both peers and other professional leaders, Steven Gorcey is continuously recognized for his extensive educational background.  Eager to launch his career, Gorcey pursued a double major in Biology and Psychology when completing his Bachelor of Science degree at Washington University in 1977.  This experience, which largely solidified the foundation of his career and education, assisted Gorcey in fine tuning the focus of his career.  After completing his Bachelor of Science (BS), he continued onto New York University, where he pursued and completed a Master’s program which focused on Molecular Genetics.  Finally, he rounded off his qualifications with his MD at Tel Aviv University’s Sackler School of Medicine in 1986.

Steven Gorcey’s other academic achievements and highlights encompass his postgraduate training.  These experiences include an Internship and Residency of Internal Medicine at Long Island Jewish Medical Center and a Fellowship in Gastroenterology at Winthrop University Hospital.  Though his education is now behind him, Gorcey is still a firm believer in the power of education and information.  With this in mind, he often works to educate others, including young professionals who are early into their journeys as Gastroenterology Specialists.