Shea Coakley is a forward-thinking Entrepreneur. He is known for founding various business ventures, including LeanBox, Back Bay Roasters and 1luvbrands. 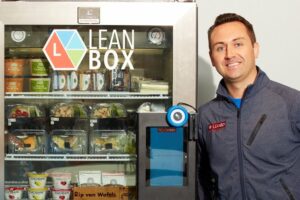 Shea Coakley is a proud graduate of Elon University, where he double majored in Business Administration and Sports Management. Coakley’s experience at Elon largely established the foundation of his career and the pillars of his professional focus. During his enrollment, the young professional was an active participant in his school’s career-driven culture. For his efforts, he garnered numerous accolades throughout his academic career at Elon. Highlights of his on-campus involvement include representing his fellow students as a member of the President’s Young Leadership Council.

Chair of Elon University Board of Trustees Fundraising Committee

A proud EU alum, Shea Coakley credits Elon University with fostering his entrepreneurial drive. Today, he continues to be an active participant in Elon’s culture by representing the University’s Board of Trustees Fundraising Committee as a Chairman. Through this effort, Coakley aims to empower current and prospective students by assisting them in achieving their full potential.

In 2015, Shea Coakley was honored by Elon University’s 10 Under 10 Alumni Award. Each year, Elon shows appreciation to their alumni by shining a spotlight on 10 unique individuals who’ve graduated within the past 10 years. Stars among their peers (and competitors), these 10 professionals are honored for their recent professional successes and their positive impact on the Elon University community.

Throughout his career, Shea Coakley has pioneered numerous business ventures into the startup sphere. Anything but hands-off in his approach, Coakley is a professional who isn’t afraid to roll up his sleeves and get the job done! This mentality is demonstrated in his pursuits time and time again. Over the years, this entrepreneur has Co-Founded and Founded numerous business ventures, including: