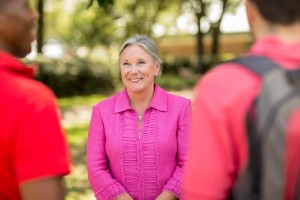 Martha D. Saunders, University President, Dean, Provost, Professor of Communication, and upper education extraordinaire has spent a lifetime cultivating the professional career and community steward excellence that she now and has always been an active participant. Having won a long list of awards of excellence and accolades in community to administrative programs, Martha D. Saunders also has had time to enjoy some of the simpler things in life, such as saltwater fishing, kayaking, and gardening. To most, Saunders is known as nothing short of extraordinarily: as successful university president, savvy businesswoman, global traveler, student-centered educator, effective communicator, and proactive fundraiser. Martha D. Saunders has also been named Top 50 Businesswoman of the Year and other prestigious national awards.