Jason Shattuck is a professional in the mental health field. Intrigued by the science of the mind, Shattuck is an LPN by profession and a psychology researcher by passion. 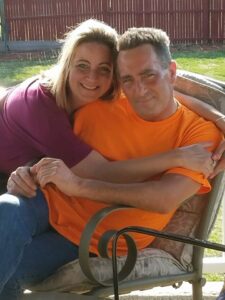 Jason Shattuck is a Licensed Practical Nurse (LPN) who specializes in mental health and psychiatry.  Propelled by a lifelong fascination with the human mind and behavior, Shattuck has studied psychology extensively in academic and clinical settings.  He has previously worked as a Psychiatric Technician and Mental Health Counselor.

Empowered by education, Jason Shattuck maintains a variety of academic credentials, including:

Jason Shattuck keeps pace with the mental health field and approaches in psychiatry by reading the works of today’s most renowned researchers.  In particular, he keeps up to date with publications the likes of Psychology Today, American Psychological Association and Journal of Experimental Psychology: General.

Jason Shattuck cites the work of neurologist and founder of psychoanalysis, Sigmund Freud, as the greatest influence on his career.  In fact, he notes his fascination with Freudian fascination as the primary reason Shattuck decided to officially pursue a BA in Psychology in the first place!  While attending Westfield State College, Shattuck was introduced to Freudian psychology in an entry level psychology course.  With the guidance of his professor, Shattuck began to extensively study Freud and psychoanalysis as a whole.

Today, Jason Shattuck’s interest in psychology is fulfilled through his work in the mental health field.  His fervent fascination with psychoanalysis continues to grow as his career develops.  In his free time, Shattuck maintains a psychology discussion group, Inside Freud’s Consulting Room.  Along with other Freudian fanatics, the mental health professional utilizes this platform as a way to translate psychoanalytical thoughts into the modern day.