Dr. Eli J. Hurowitz is an Occupational and Environmental Medicine (OEM) Physician. He has also maintained roles in engineering, marketing and finance. 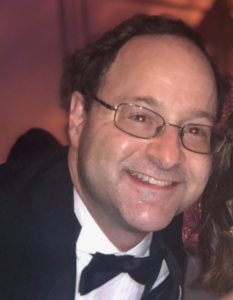 Dr. Eli Hurowitz currently practices as an Occupational Medicine Physician in the state of California. Hurowitz is a professional who has worn numerous hats and collected plenty of specialties along the way.  Although he has fully established himself as a practicing physician in the state of California, he has also maintained high-level positions in engineering, marketing and finance over the years.

In 1986, Eli Hurowitz completed his BS in Electrical Engineering.  He was fascinated by the inner workings of electronics and the emerging digital technologies of the time.  This interest guided his early career path, which began to take shape with his work with Digital Equipment Corporation.  Following the completion of his undergraduate studies, Hurowitz pushed forward to graduate school.  This pursuit earned him his Master’s in Electrical Engineering, which was followed by the completion of an MBA in Marketing and Finance the next year in 1988.

Throughout the majority of the 1990s, Eli Hurowitz maintained numerous roles and leadership positions with engineering and business focuses.  But it wasn’t long before he discovered that he wanted to go in a different direction in his professional career.  Hurowitz ultimately made a major career change by transitioning into the field of medicine.  He has practiced as an Occupational Medicine Physician ever since.