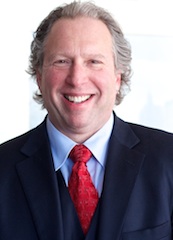 Jack Tuckner is a leading Women’s Rights in the Workplace Attorney.

After earning his J.D. in 1987, Jack Tuckner took his alma mater’s mission to heart by beginning his legal career as a public defender in the Bronx. Working as a Senior Trial Attorney, he successfully tried a number of cases to verdict. He founded his own “holistic” practice, Jack Bryant Tuckner & Associates, in 1992 and concentrated in women’s rights law. In 2001, he went on to co-found the only women’s rights in the workplace litigation boutique in the country: Tuckner, Sipser, Weinstock & Sipser, LLP.

Jack Tuckner remains committed to the ongoing struggle for workplace equality, representing women who have been victimized in the workplace and/or denied their rights as a result of their status as women. He has also been recognized for his pursuit of gender justice in pay and other benefits through feminist activism. Major media organizations including The Wall Street Journal, The New York Times, The New York Daily News, National Public Radio, and local radio stations have covered his work as an advocate regarding women’s discrimination issues. Jack Tuckner has also appeared as a commentator on NBC’s Nightly News with Brian William, The Joy Behar Show, Good Morning America, Anderson Cooper, Inside Edition, National Public Radio, and many New York television and radio stations. As an attorney, his activism has earned him three consecutive “Super Lawyer” recognitions, signifying that a group of his peers, judges, and independent researchers ranked him in the Top 5% of all New York Labor & Employment attorneys.

Jack Tuckner, and indeed the entire Tuckner Sipser firm, were a beacon of hope when my entire world seemed clouded over by the actions of my employer.

Jack stuck with me throughout my very complex and far-reaching case. The settlement I received is one that I would never have been able to get without Jack’s help, and what was even more important to me, is that Jack went far above and beyond the call of duty to make sure the language in my agreement was as close to what I wanted as possible.

His advice about how to stay focused on what was important, not to take things personally, and how to move on into a new and fresh phase in my family’s life got me through one of the darkest periods of my life; thanks to Jack I have emerged on the other side a stronger, more self-assured person who now realizes that I have the right to respect and fair treatment in all areas of life.

If you have a voice that needs to be heard, Jack Tuckner will lend you his, and it will echo through the subway and streets of New York City. His passion, knowledge and integrity for championing the rights for women, no matter what their profession, will help those who want to make change possible. Thanks for everything.

In the short time that I’ve known Jack Tuckner, I felt like I’ve known him forever. Jack is very compassionate and understanding and he gave me so much support as I was dealing with a bad situation. My experience working with him was truly wonderful. His knowledge and experience is beyond words. Therefore ladies, if you’re being mistreated and abused in the workplace, Jack is your man.

I’m very grateful for Mr. Sipser’s help! When I first met with him, I left feeling relieved because he asked all the right questions. I had been contacting other attorneys, but Mr. Sipser did not hesitate to work with me on a contingency basis. Other attorneys wanted fees that I couldn’t afford because I had just lost my job, which is why I needed an attorney! Other attorneys don’t explain much, but Mr. Sipser answered all my questions and told me what to do next. I was very happy with him as my lawyer.